In this unboxing the box, we unbox a MUST have for video making. Budget Professional Photography Lights. They were only £50, but what a difference it makes. Before these lights all our videos would be yellow and no amount of post-processing colour correction in the world would fix them.

What you get is 2 lights stands, 2 700W 5500k lights for natural white light, and softbox attachments to make the lights not burn a hole in your eyes.

We had the experience of having one of the lights fail on us after a few months. For this you can either start a RMA (return to manufacturer) request with Neewer, or if you ask the seller they’ll offer you small compensation.

In this review we take the Sony FDR-3000R and DJI Osmo Mobile out for a London field test. Testing the cameras under various conditions to see how they cope primarily with image stabilization and secondarily for day to day vlogging and field reports. During the tests we also flip out the device audio with an external Rode VideoMicro.

We paired the Osmo with a Samsung S7 and a Rode VideoMicro for the footage seen here.

Notes for the Sony FDR-X3000R
==========================
For some strange reason the camera was recording upside down so we had to flip the footage in post production. We recorded in 4K mode which meant that we had to use the fish eye lens. The remote was a pain to connect on the field, it worked ok indoors in the city but outside it wouldn’t connect. The battery bars fluctuated from 1 bars to 2 bars to 3 bars and back. The GPS also managed to never connect so no GPS meta data was included in the videos.

Additional Notes
==============
In the upcoming full review we’ll break down other features of using both setups, but a very important I’d like to mention is ease of use of getting the footage. With the DJI Osmo Mobile, as I was using my phone, I could simply hook into my current arrangement of automatically uploading the footage to my peronsal NAS drive, allowing me to instantly edit on my laptop. While the Sony required me to either eject the SD card or wire it in via USB, but more importantly, the naming convention on the Sony was barbaric with files being named C00001, C00002, C00003 and so on. 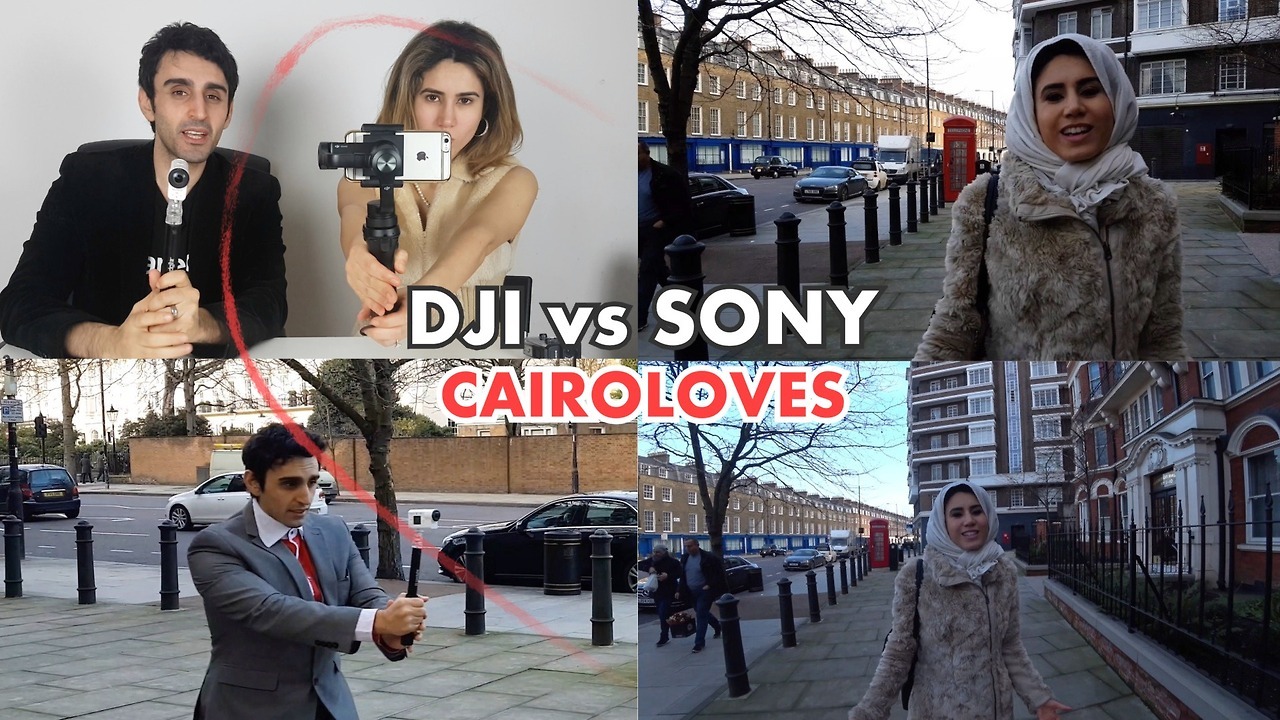 Is her birthday coming up? Our subscribers Muna and Sameer (THANK YOU xx) knew mine was, and got me an amazing Jon Richard silver necklace. In this video we unbox it and try it on live together.